All signal lamps of the series SL-x-TRIO are independent of their design as shown in the following circuit diagram. All LED strings are individually regulated over a wide voltage range to a constant current. All signal lights are protected against reverse polarity, over-temperature and overvoltage.

Machine lights are operated in the rough industrial environment. In addition to the mechanical requirements, our machine and workstation luminaires must also meet high requirements in the electrical environment. Just like our signal lights, all LED strings are controlled individually over a wide voltage range to a constant current. Disturbing brightness fluctuations with uncontrolled operating voltage are thus avoided. All luminaires are naturally protected against reverse polarity, over-temperature and overvoltage.

In addition, all machine lights are equipped with a high-impedance input “EN” (Enable). Depending on the luminaire type, the input resistance of this connection is 5 …. 30kOhm. With this connection, luminaires with higher connection power (> 500 mA) can be switched on or off directly with TTL PLC outputs (remote switching signal). The EN input can also be used – if necessary via the dimming module ML-PWM – for dimming. 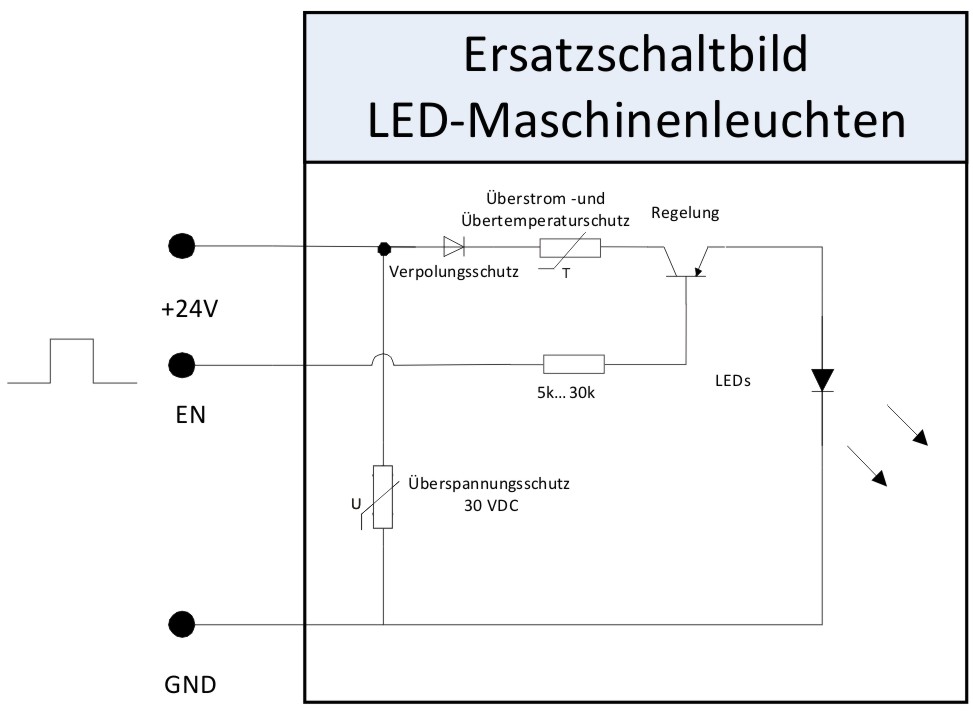 The LED dimming module ML-PWM has been developed to dim one or more LED lights with 24V operating voltage and EN input. Dimming can be done via an analog signal (potentiometer) or connected keys.

With the dimming module ML-PWM you can set the following operating modes:

Analog: With a potentiometer> 10kOhm or an external analogue signal of 1.5 … 9V at connection “ON” a dimming of approx. 8% …. 100% can be continuously adjusted. The LED is permanently on.

Ramp: When the dimming module is switched on, the LED light is switched on gently with a dimming of 0% … 100% within a ramp time of 0.5 seconds. The LED is permanently on. 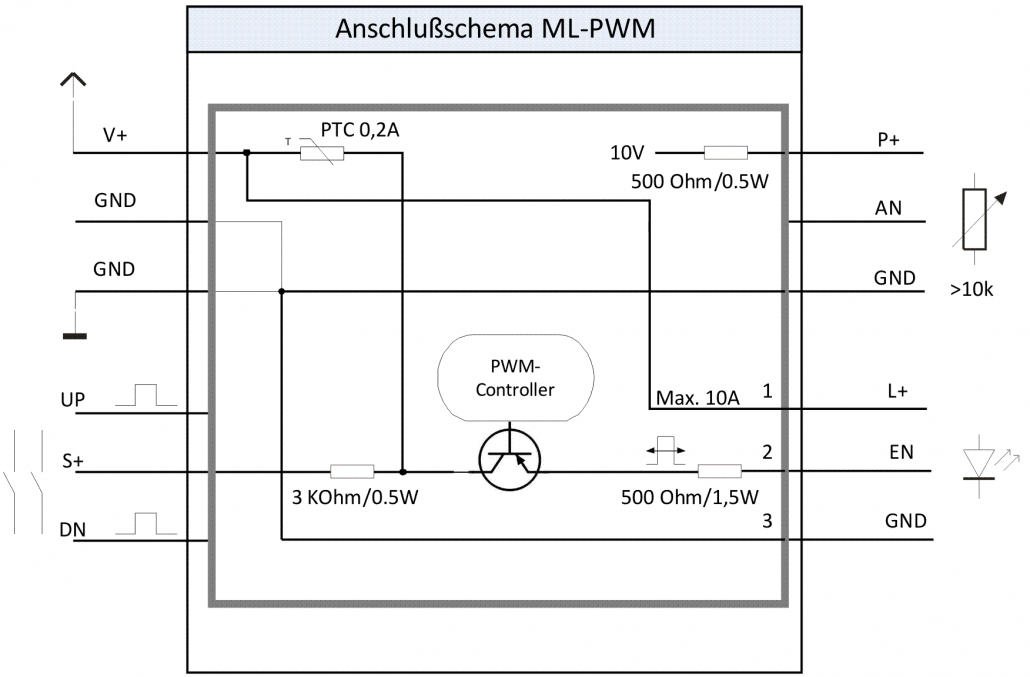 The number of products used with IO-Link interface is growing rapidly. The communication standard offers you many advantages and creates new application possibilities. By definition, IO-Link is an open, serial point-to-point communication protocol for connecting sensors and actuators to an automation system.

IO-Link allows easy, unhindered and cost-effective access to parameters and diagnostic information in sensors or actuators. Parametrization of all sensors and actuators from a central location finally becomes reality – manually or completely automated. IO-Link saves time, material and money and offers manifold advantages for manufacturers and operators. The connected IO-Link participants can be identified, diagnosed and simply exchanged if necessary without having to perform a new parameterization. This leads to a quick configuration, reduced effort in troubleshooting, less downtime for product change and thus in addition to the new technical and economic benefits.

Our SL-x-TRIO series signal lights are currently equipped with an IO-Link interface to transmit and make even more functions and at the same time diagnostic data available via a 3-core cable. We are happy to inform you here at the time of release. 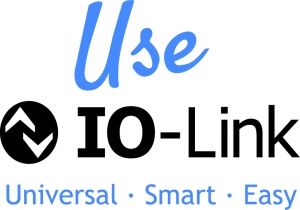 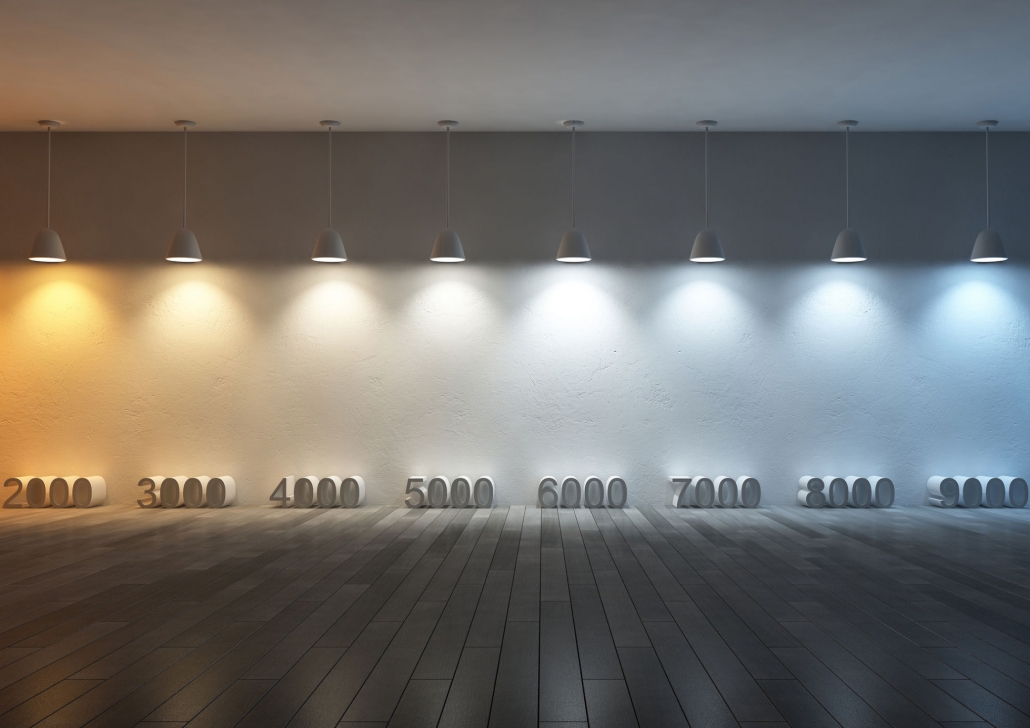 Daylight white, normal white, warm white – these are the differences. 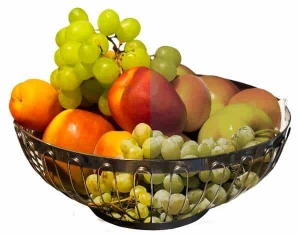 What do the CRI and Ra values say? 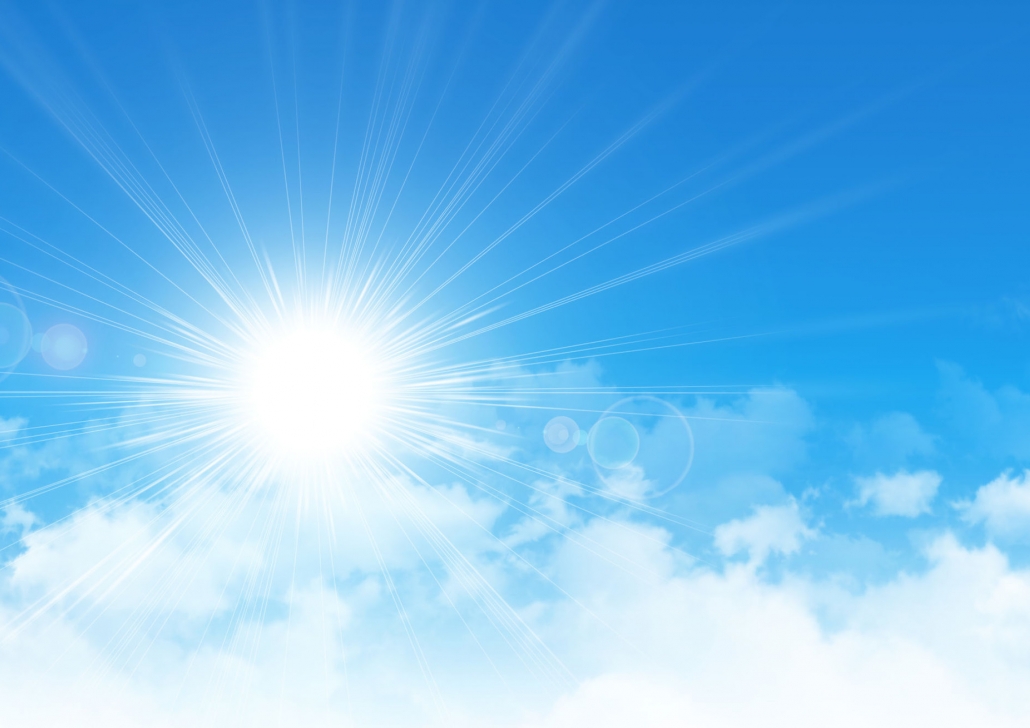 Which luminaire for which room? Our table will help you! 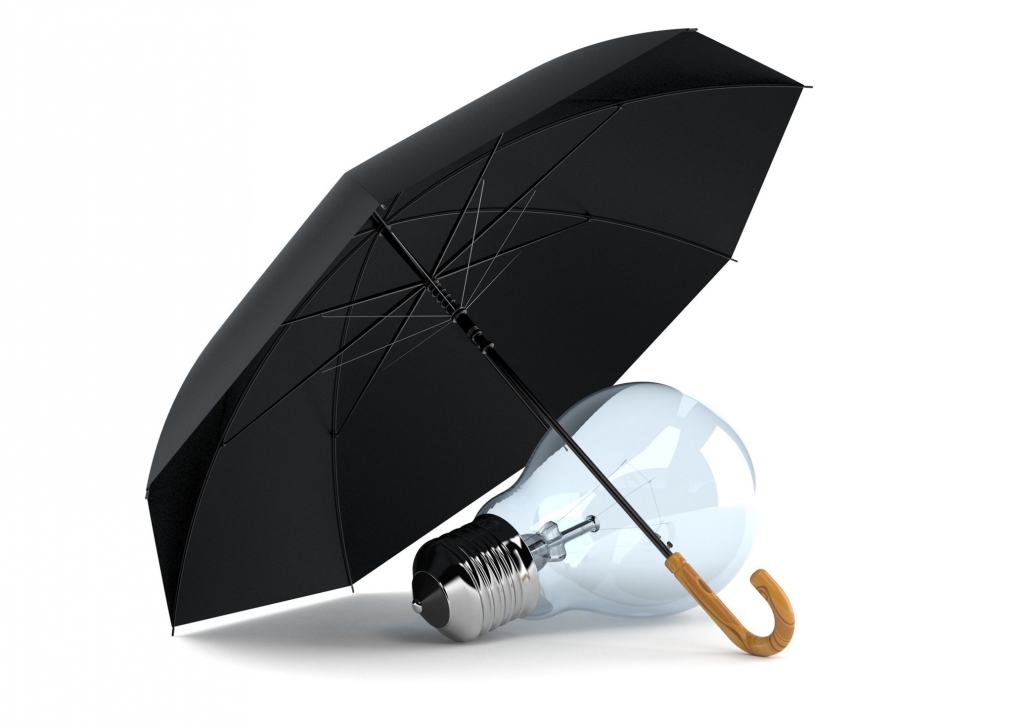 Overview of the different degrees of protection under different environmental conditions.

Our offers are directed at commercial customers. All prices are subject to VAT.

Imprint I Data protection I GTC